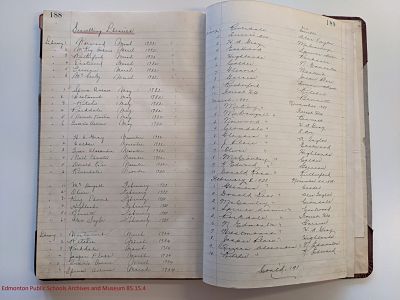 April 7 is National Bookmobile Day. Similar to a bookmobile, Edmonton Public Schools operated travelling libraries in the early part of the 1900s. The featured book “Echoes” was part of one such travelling library. As can be seen from the ledger, there were several libraries that were sent to various schools for a period of two months. It was not until the second half of the 1900s that libraries were included in all new schools. 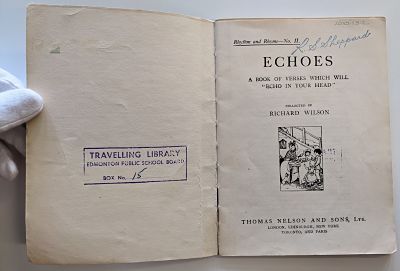 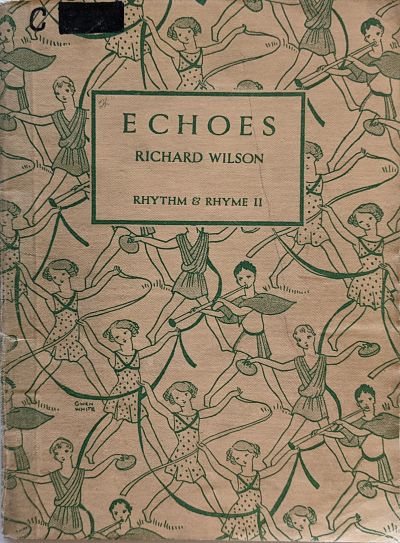 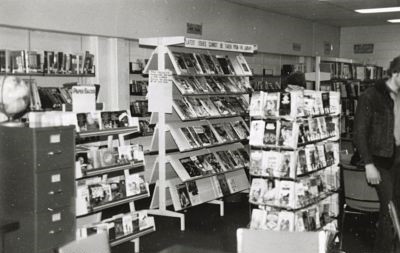 This week has been National Library Week. In 1955, Edmonton Public Schools Board of Trustees approved a policy of including library rooms in all new schools and additions. A year later, a program of converting extra classrooms to libraries began. Pictured is the W. P. Wagner School library in the early 1980s. 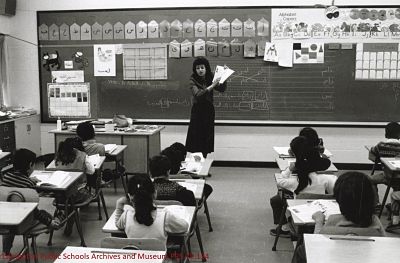 Today marks the beginning of the month of Ramadan for Muslim people around the world.  A language synonymous with this celebration is Arabic. In 1983, Edmonton Public Schools launched an Arabic bilingual language program at Glengarry School. Pictured are students receiving Arabic language instruction at the school in the fall of 1983. Today the program operates in four elementary schools, two junior high schools and one high school (Queen Elizabeth School). 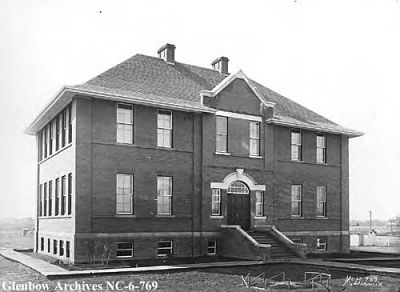 Rutherford School: Then and Now

Another large school operating in the city of Strathcona at the time of amalgamation was Rutherford School. It was, of course, named after Alberta’s first Premier. The four room school was built on land originally owned by the Rutherford family and opened in 1911. Students came from an area marked by Whyte Avenue to the south, the edge of the river valley hill to the north, the city limits to the east and Mill Creek Ravine to the west. Maude Bell was principal from 1911-1941 and was extremely resourceful. When she could not obtain sports equipment from the Board, she had the field to the west of the school plowed. The students planted potatoes in the spring, tended to them throughout the summer and harvested them in the fall. The potatoes were sold for enough money to buy the sports equipment. Today Rutherford continues to serve the community as a Kindergarten to Grade 6 school. 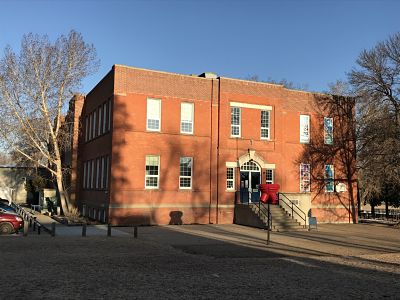 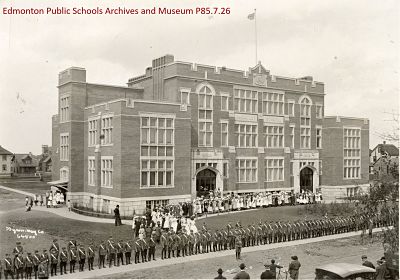 McCauley School: Then and Now

Named after Matthew McCauley, one of the driving forces behind the establishment of the first free public school in Edmonton, McCauley School officially opened on March 7, 1912. The school featured separate boys and girls entrances. As was typical of school construction at that time, the assembly hall, which also served as the gymnasium, was on the third floor. McCauley School closed in 2010. It continues to serve the community as the home of the Edmonton Intercultural Centre. 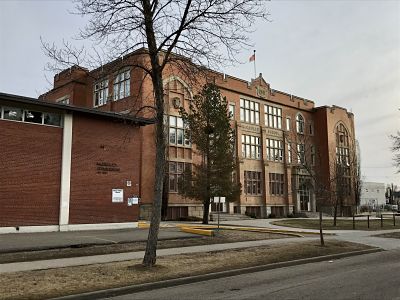 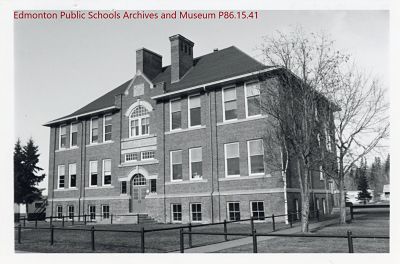 Bennett School: Then and Now

The year 1913 saw an unprecedented opening of 13 new schools in Edmonton. Most of these were temporary buildings designed to meet the needs of a rapidly growing city. Four permanent schools opened that year, construction having started on them in 1912. One of these schools was Bennett School; named after Thomas Bennett, the first mayor of the town of Strathcona and early school trustee. When the North Saskatchewan River flooded in 1915, nearby residents took refuge in the third floor assembly hall of Bennett School. The school was closed in 1973 but reopened in 1981 as the Bennett Environmental Education Centre. Today the Bennett Centre hosts field trips, day retreats, weddings, and overnight group accommodations. 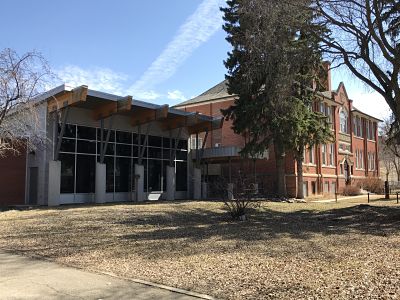 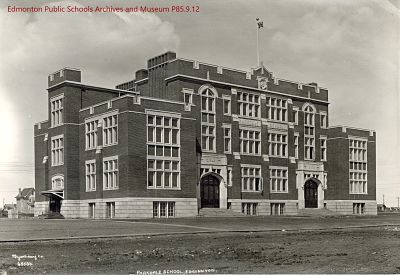 Parkdale School: Then and Now

Parkdale School was scheduled to open on April 13, 1913 however a fire causing more than $20,000 damage delayed the opening by a month. The mythological Phoenix, which rose from the ashes, was chosen as the school’s mascot. Edgar (Spike) Millen, the RCMP officer who was killed in 1932 by Albert Johnson, the Mad Trapper of Rat River, was a student of Parkdale School from 1913-1920. Another notable student was W. P. Kinsella, author of the novel Shoeless Joe that was adapted into the movie Field of Dreams. Parkdale School was closed in June 2010. 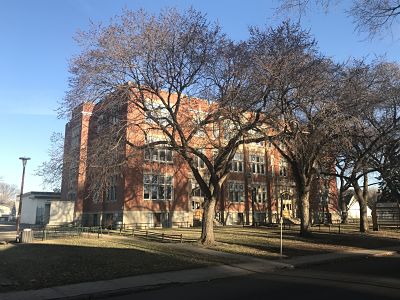 Today, it continues to serve the community as the home of Bent Arrow Traditional Healing Society. 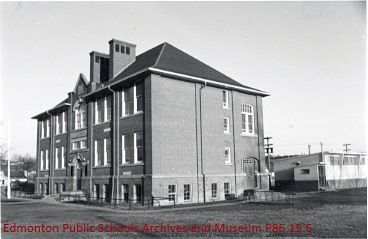 Donald Ross School: Then and Now

Donald Ross School, which also opened in 1913, was built to accommodate the children of the heavily populated Ross Flats area. Mary McIvor became the first principal and remained so for a record 41 years! The school closed in 1973 with an enrollment of only 44 students. The school was used as the headquarters for the 1978 Commonwealth Games and in 1979 for the City’s 75th Anniversary Celebrations. 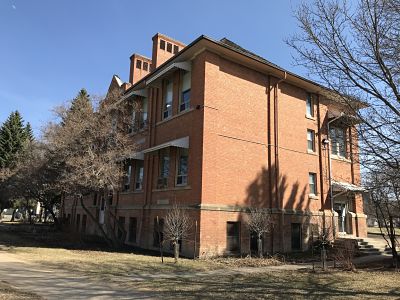 Today Donald Ross School houses Edmonton Public Schools Student Transportation Department, which supports schools by ensuring all students are transported in a safe and timely manner and arrive at school ready to learn. It provides safe, efficient and reliable services for thousands of students who use Division-arranged transportation. 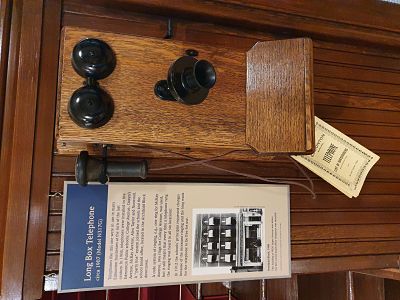 April 25 was National Telephone Day. In 1908, telephones, similar to this 1907 Long Box Telephone, were installed in five Edmonton Public Schools: College Avenue, Queen’s Avenue, McKay Avenue, Alex Taylor, Norwood and the Board’s office. The phones were all on a party line so all six phones would ring when a call was placed. Each school had a special ring: one ring was for McKay Avenue, two rings for College Avenue... In 1912 the phones were removed because of the continuous ringing and long waits for the telephone to be free for use. 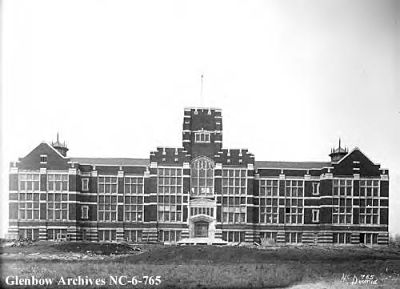 John A. McDougall School: Then & Now 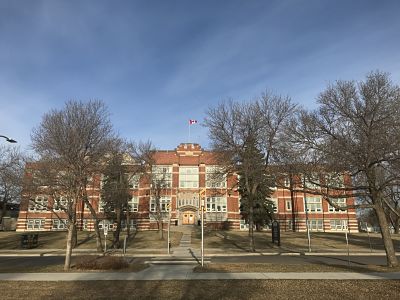 Today, the school is a multicultural hub with the majority of the Pre-Kindergarten to grade six students being English Language Learners. The school works closely with the City Centre Catchment Schools and a variety of community agencies to reduce the impact of socioeconomic circumstances and to maximize the learning opportunities for its students. 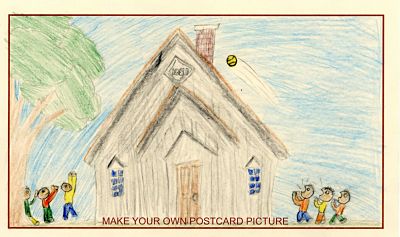 Tomorrow, May 1, is National Play Outside Day. Two very popular games played by Edmonton Public Schools students in the past were Anti-Anti-I-Over and Fox & Geese. 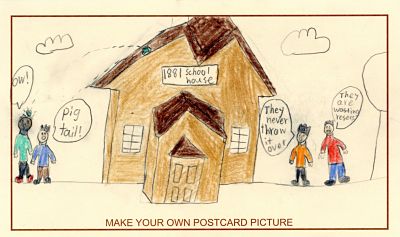 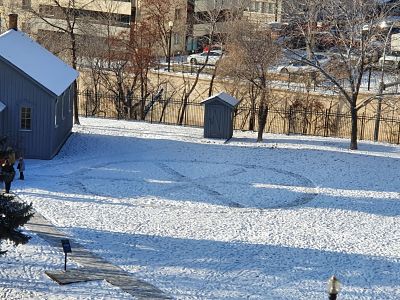 Fox and Geese was a winter game of tag. A large spoked wheel was tramped out in the snow. One person was the fox and the others were geese. All players had to stay on the tramped paths while the fox attempted to tag a goose.  If tagged, that person then became the fox. The only safe zone was in the middle where the paths crossed. This was often referred to as the barnyard. 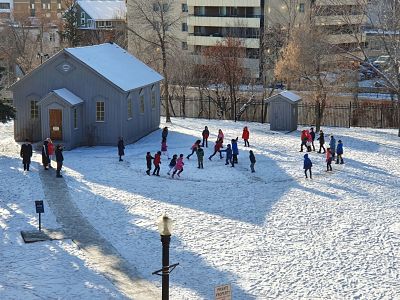