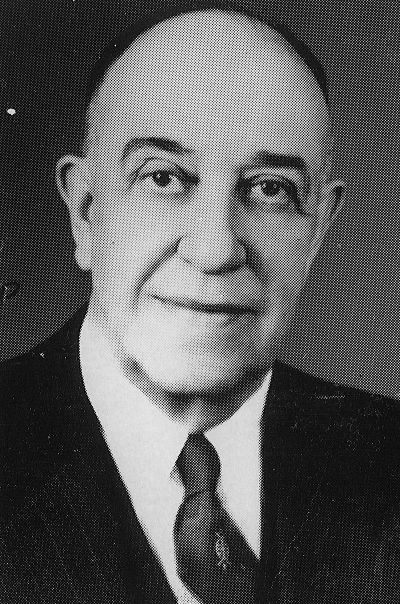 From 1940 - 1955, Ross Sheppard served as Edmonton Public Schools fourth Superintendent. During the Sheppard years the number of permanent schools increased from 30 to 63, student enrolment increased by almost 1,000 students per year, and permanent staff doubled. Teacher’s salaries almost doubled from an average annual salary of $2088 in 1940 to $3896 in 1955. Per pupil costs of education increased from $89.19 to $238.25 during the same period.

Ross Sheppard is remembered as a man who tried to maintain close contact with the staff, even to the point of handing out cheques to all the teachers on the last day of June. He graciously thanked each teacher for his or her efforts during the year and took pride in calling each teacher by name, seldom making a mistake in doing so.

Ross Sheppard High School, built in 1957, was named in his honour - a fitting tribute for a man who was a teacher, principal and superintendent for 42 years. 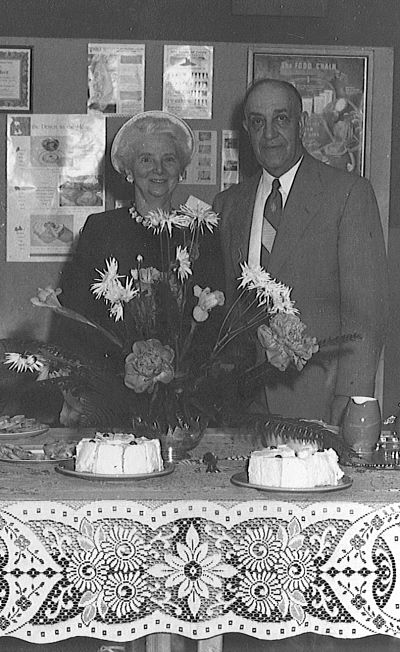 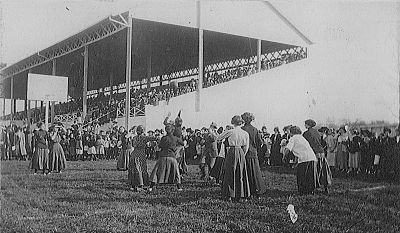 Sports Day has long been a highlight of the school year for Edmonton Public Schools students. Today it may go by another name such as Track Day or Fun Day.

Pictured is an outdoor basketball game between the Edmonton High School (later known as Victoria High School) Grade XI and Grade XII girls’ basketball teams during their Sports’ Day at the Exhibition Grounds in October 1911. 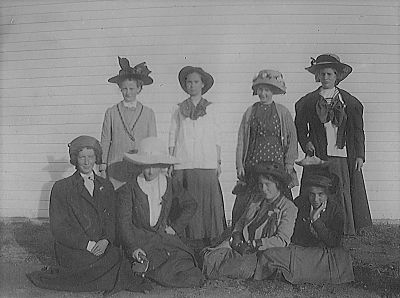 Baseball Through the Years

Over the past 100 years Edmonton Public Schools’ students have taken part in both city and provincial sports championships. We would like to share with you some of the teams from the early 1900s and their accomplishments. We will start off with a look at baseball. 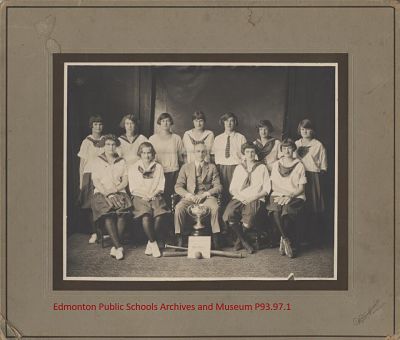 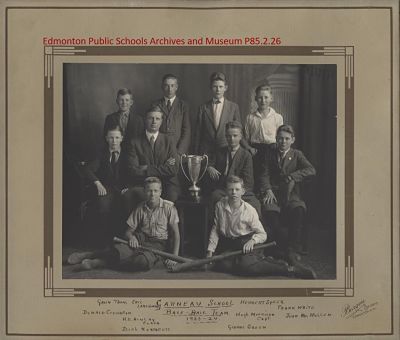 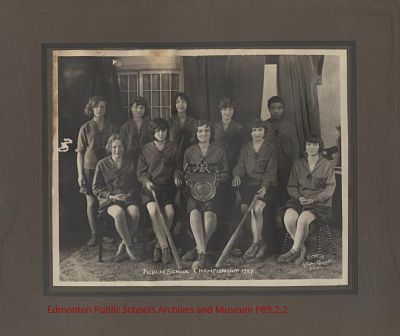 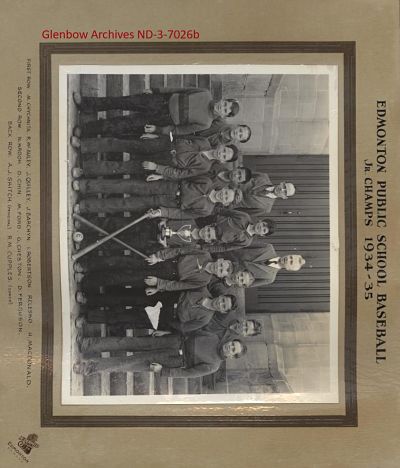 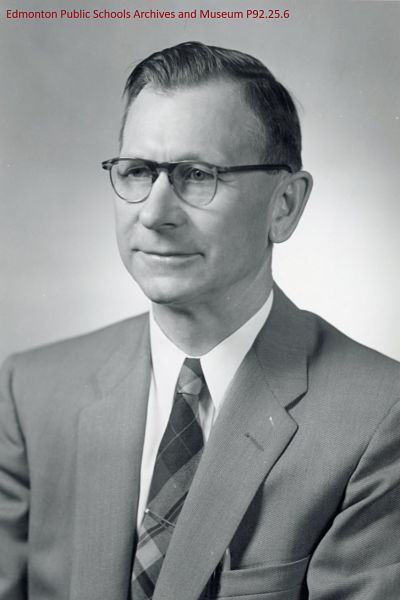 Thirty-eight new schools were built during W. P. Wagner’s tenure as Superintendent and the Board moved into its first permanent offices at 107A Avenue and 101 Street. In 1964, all Edmonton Public Schools elementary and junior high schools were teaching the “New Math” program.

A dry sense of humour was a Wagner trademark. He once suggested to Victoria High School Principal, Fred Carr, the father of a very large family, that he should name his last child “Caboose”!

When William Wagner retired,  there were approximately 2,000 teachers on staff and this remarkable man could recognise and name most of them. 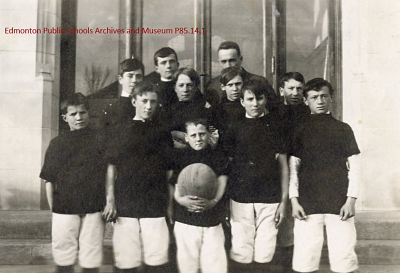 Is it Soccer or Football?

Today’s featured sport is soccer, which in the early 1900s was still often referred to as football. 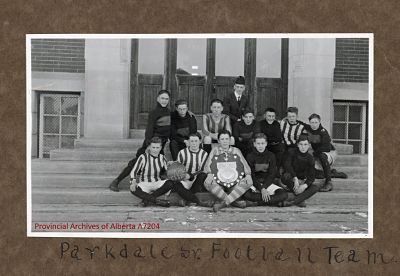 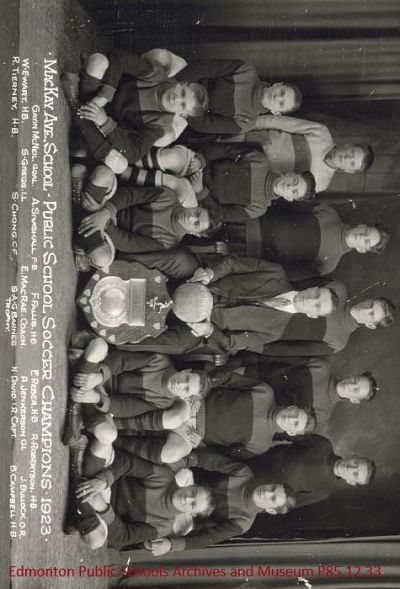 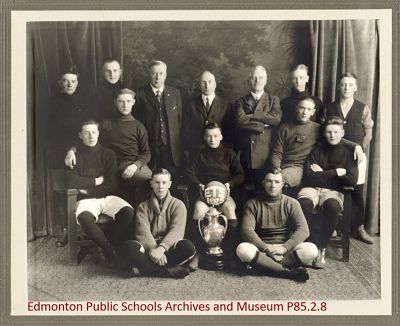 The cup was donated by the Honourable A. C. Rutherford for Association Football Competition in the High Schools of Central Alberta. 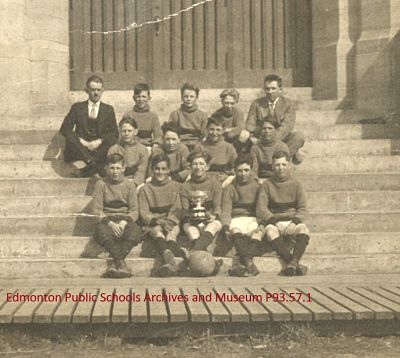 In a strenuous game played on the large field at Renfrew park, Eastwood Juniors defeated Ross Flat Juniors by a score of 2-0 on Wednesday and thereby annexed the championship of the city. Every member [played] exceptionally fine, aggressive game. The winners were worth the win and had a large percent of territorial play.

The goals were scored by John Hrynuk and Charlie Williams. The two full backs, Tom Visser and Gordon McGillivrary, played a fine defensive game. The game was refereed by Mr. Ainsley of Garneau School. 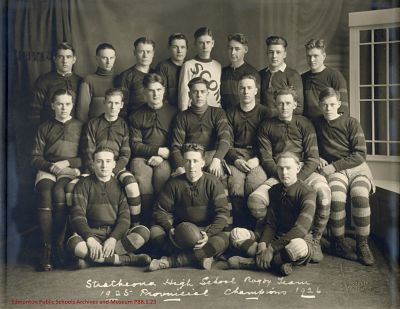 We’ll continue our feature of sports teams with a short post picturing the Strathcona High School Rugby Team. They were winners of the 1926 Provincial Championship. 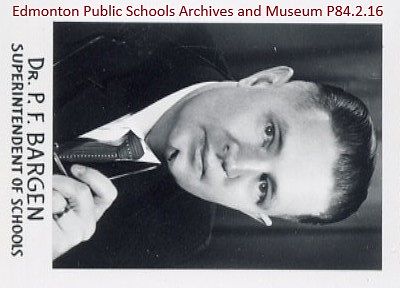 Our sixth superintendent was Dr. Peter Bargen; he was our first superintendent to hold a Ph.D. Although his tenure was brief (1964 to 1967), a great deal happened during those three years: the town of Jasper Place amalgamated with the City of Edmonton, Teacher Aides (Educational Assistants) were introduced into elementary schools in 1966, summer school driver education courses were introduced, schools experimented with television and expanded special education programs. Dr. Bargen resigned his position in 1967 to accept a five-year contract as the Chief Commissioner of the City of Edmonton. 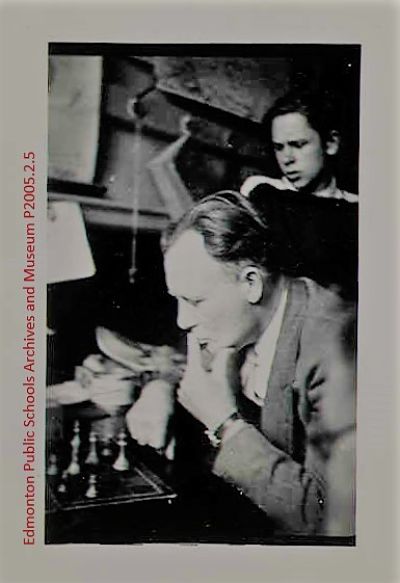 Chess clubs have been a feature of Edmonton Public Schools elementary, junior and senior high schools for many years. Today’s picture (circa 1945-46) shows a man playing chess. He appears to be in a classroom with a student standing behind him. The donor of the photo identified the man as Walter Stewart.  Teacher allocation lists indicate that Walter R. Stewart was employed by EPSB from 1929 - 1971. 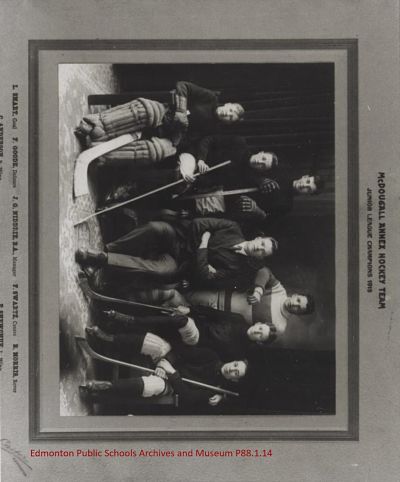 No look at school sports in Canada would be complete without including hockey! 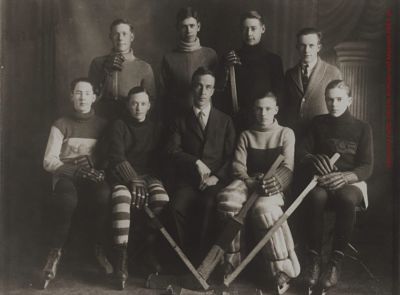 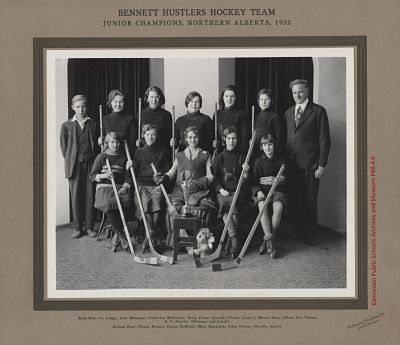 The Hustlers defeated the South Side Wolverines 2-1 in the third game of their playoff series to win the 1932 Northern Alberta Junior Girls’ Hockey Championship. The Wolverines had not lost a single game in the regular season. 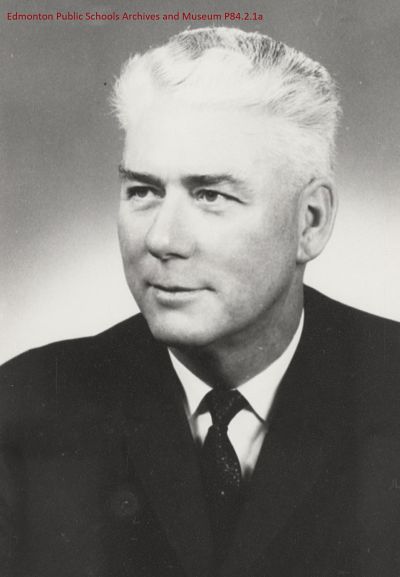 Following Dr. Peter Bargen’s departure, T. D. Baker served as Acting Superintendent from July 1 to November 14, 1967. Previously, during his role as Deputy Superintendent, Tom Baker made his most significant contributions to the Division. He played a vital role in the 1956 reorganization of central staff. The greatest challenge facing him during this reorganization was the provision of special education services. The name T. D. Baker would become synonymous with the special education programs offered by Edmonton Public Schools. The Glenrose School Hospital, W. P. Wagner Vocational School and L. Y. Cairns School were, in large measure, conceived by Deputy Superintendent Baker. 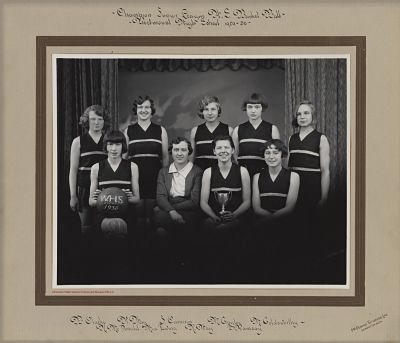 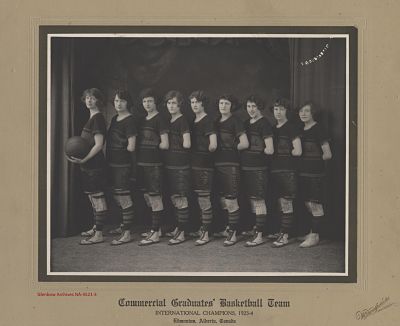 It would be far too lengthy to give a complete history of “the Grads” in one post. Originally formed at McDougall Commercial High School and coached by teacher J. Percy Page, the team won the 1914 city championships and the next year won the provincial final. As the high school had no gym, the girls practiced twice weekly on an outdoor court year-round.

The team won its first national championship in 1922 and held it until 1940. For 17 years the Grads held the Underwood Trophy, symbolic of international basketball supremacy. Basketball was not yet recognised as an Olympic sport, however, the Grads were invited to exhibition contests at the 1924, 1928, 1932 and 1936 Olympics. They played a total of 51 games at the Olympics as well as in European exhibitions and won all of them. No wonder Dr. James Naismith, the Canadian who invented basketball, described the Grads as the greatest basketball team in the world. 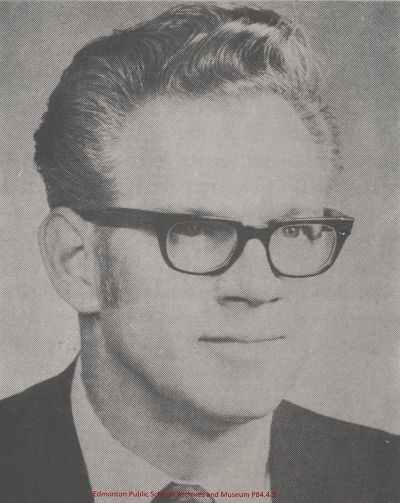 Our seventh superintendent, Dr. Rolland Jones, came from the United States. During his tenure (1967 - 1972), there were many innovations in curriculum as well as the updating of school libraries and resource centers. Inservicing and professional development for teachers played a role never before seen in schools. Under his leadership, Edmonton Public Schools became more of a K-12 organization rather than a separate elementary, junior and senior high school system.

Superintendent Jones often pursued his responsibilities with an air of informality, hence the moniker “Doc J.” Also, during a student sit-in at the Board offices in 1970, Dr. Jones dismissed suggestions of calling in the police, choosing instead to sit down amongst the protestors.  After an hour of quiet conversation with the students they left peacefully with the promise that their views would be communicated to the trustees immediately.

Jones submitted his letter of resignation on August 22, 1972, indicating that he had accepted the position of Superintendent for Charlotte and Mecklenberg County schools in North Carolina.